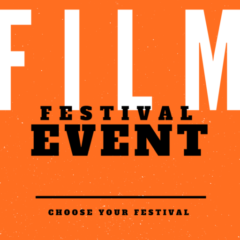 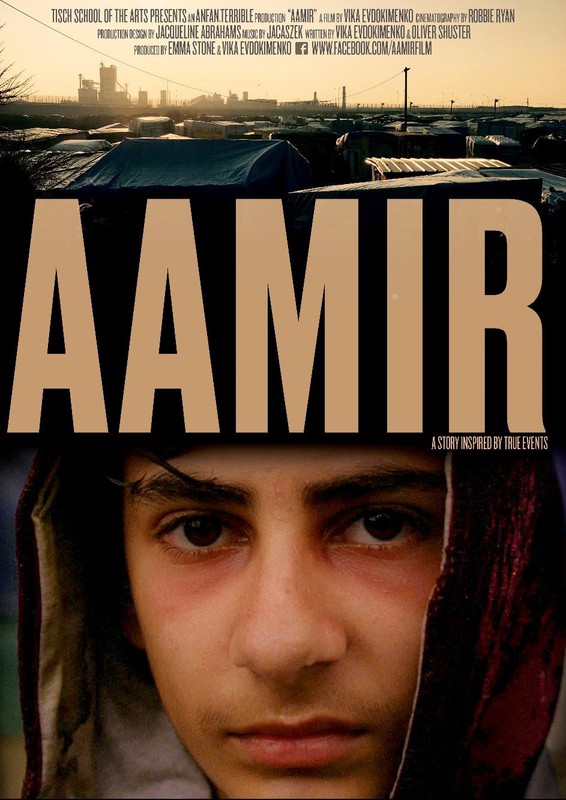 Synopsis:
13 year old Aamir is stranded alone in the largest unofficial refugee camp in Europe. When he is befriended by Katlyn, a thinly stretched volunteer, she becomes Aamir’s last hope for salvation. 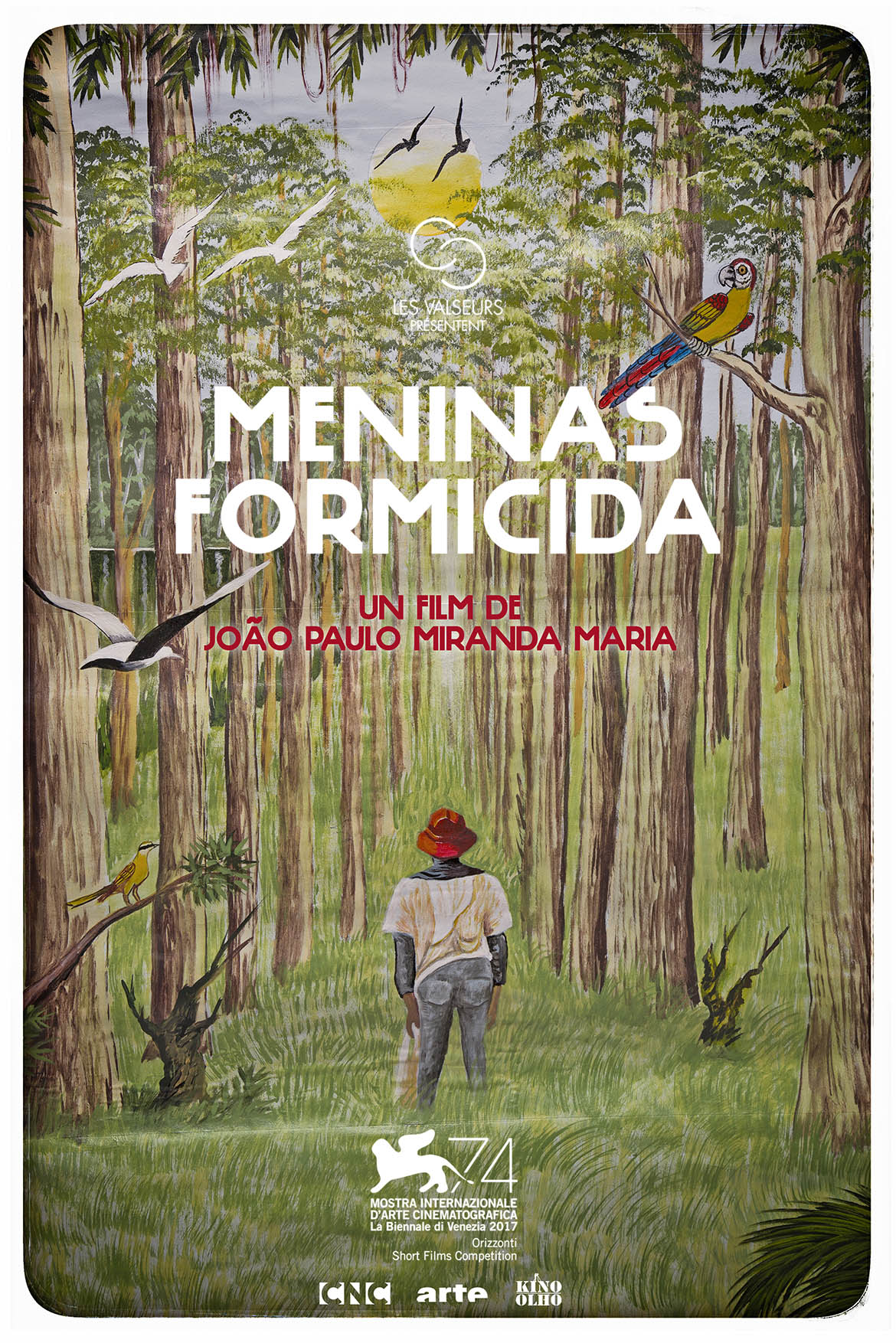 Synopsis:
In a small Brazilian town, a teenage girl works everyday in a eucalyptus forest where she chases ants away with pesticides. Yet, her inner struggle turns out to be the real fight. 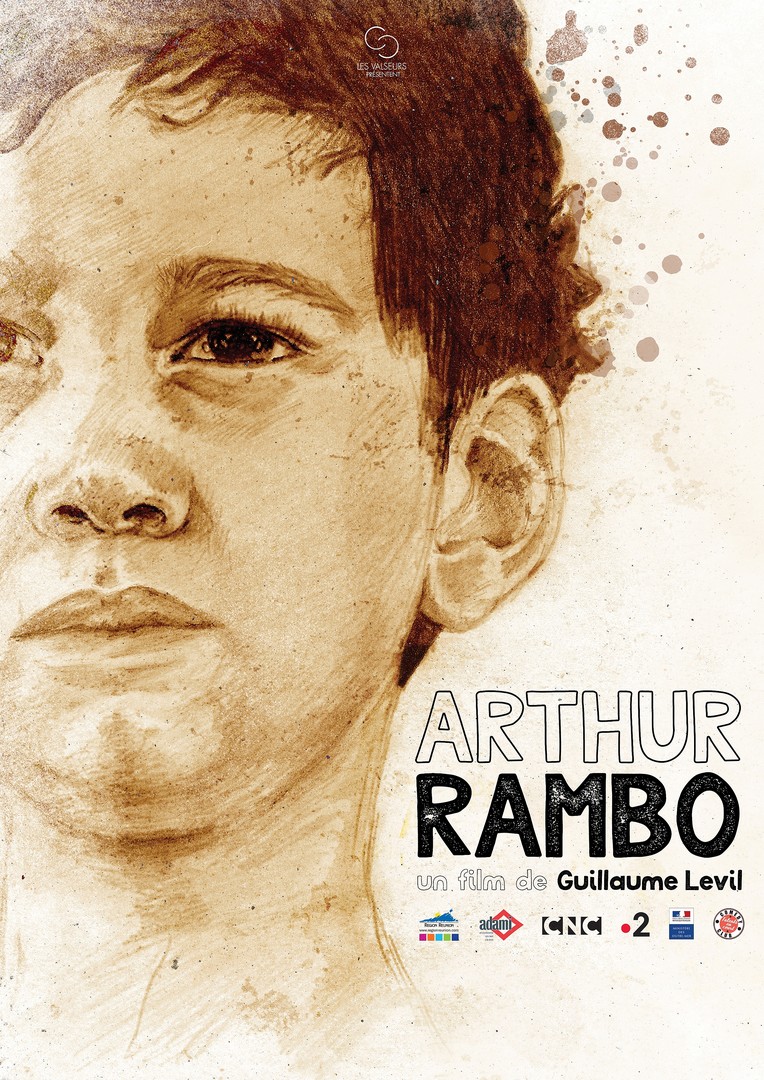 Synopsis:
Alain is a boy from the Reunion Island. To earn a few cents, he performs the poems of Arthur Rimbaud to the drivers at the traffic light. One day, Alain is invited to the birthday of Guillaume, who lives in the upper district. 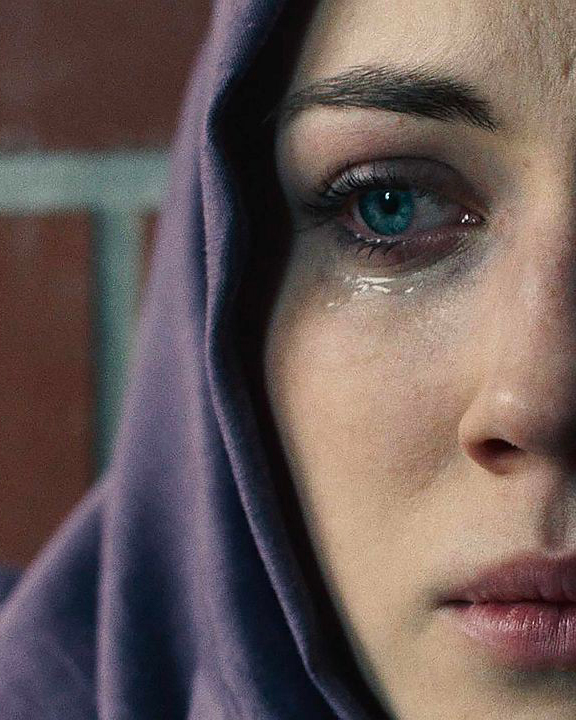 Synopsis:
Lena (17) meets 19-year-old Farid, a young Muslim. She has a clear-cut attitude towards his culture and religion: utter rejection. Despite their differences – or perhaps because of them – they fall in love. When Lena unexpectedly gets pregnant the two of them must make a pledge to each other and their child. Hannah, Lena’s mother, sees red, realizing this means her daughter will be expected to marry a Muslim man – unfathomable both to her and to Farid’s family. A couple destined to be together stuck between worlds, traditions, religion, contradictions and prejudices.

Synopsis:
Everything Must Be in the Air explores the themes of death, compassion, loneliness and love through the eyes of a terminally ill man who is staying in the last hotel he will ever stay in. The film follows Albrecht Van de Qualen's final days as he comes to terms with his own mortality. He soon finds out that he won't be alone on his journey as a surreal encounter opens his eyes to long lost emotions. 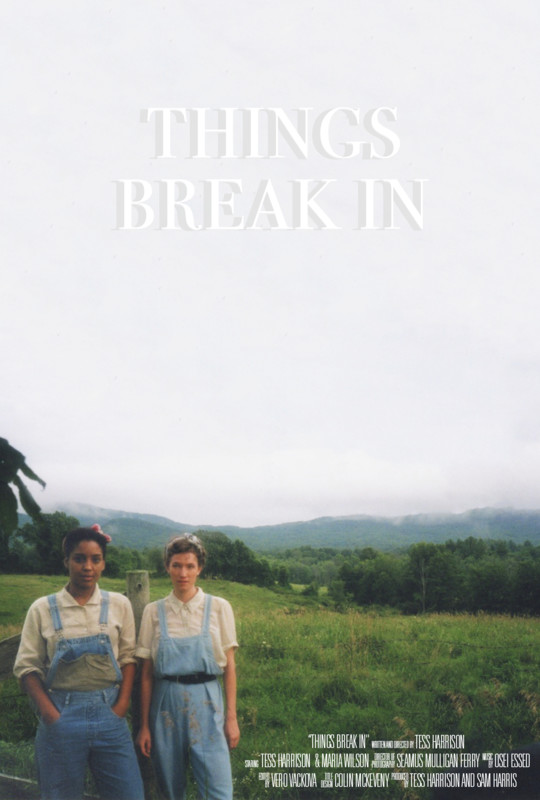 Synopsis:
Things Break In is an intimate portrait of independence and love. Ida and Rosa work on a farm to support their families during wartime. Things Break In drops us into a unique circumstance that invites us to see what might happen when two women in 1940 are required to work together in privacy.

THE PRINCE OF OSTIA BRONX 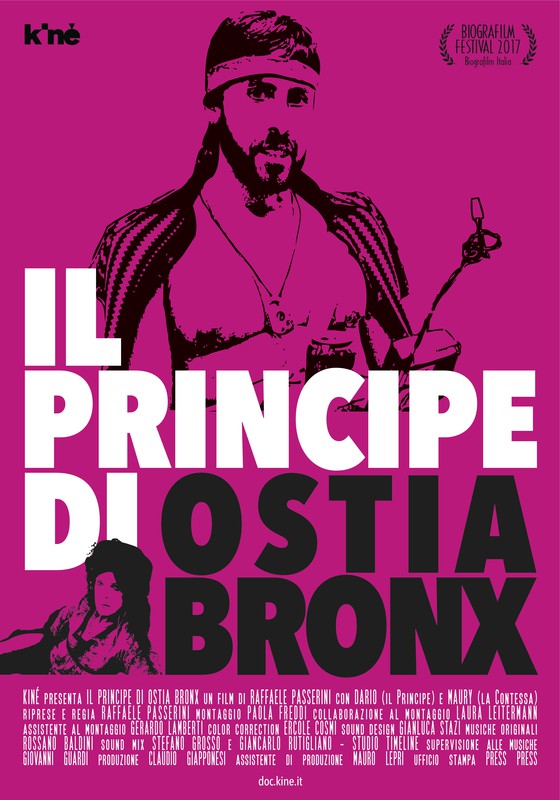 Warning: This film is designed for those people who have failed at least once in their lives. Dario, the Prince, and Maury, the Countess, are two actors rejected by the academic theater and cinema, so, they decide to transfer their imaginary stage on the gay nudist beach of Capocotta, near Ostia, Rome. In a world obsessed with reality shows, the Prince and the Countess are here, on this very beach, free to be the absolute protagonists of their improvised sketches, a magical and safe place, where life mixes with art and creativity becomes an antidote to an absent audience. Until one day a director comes, and the shooting of the film can begin. Failure becomes a parody that can make, anyone who wants to join, a Prince or a Countess, at least for a day. About the project The Prince is an experimental work with a folk and a kitsch taste. Its music touches upon Pop, Disco, and Electronic rhythms, featuring unreleased songs by Rossano Baldini and the Raffaele Passerini, who co-authored and sang some of the tracks. These original songs play aside some iconic Italian and international tunes by Antonello Venditti, Pierangelo Bertoli, and Gala. This ultra-low budget movie received three awards at the Biografilm Festival in Bologna, starting an unexpected tour throughout Italy since January 2018. 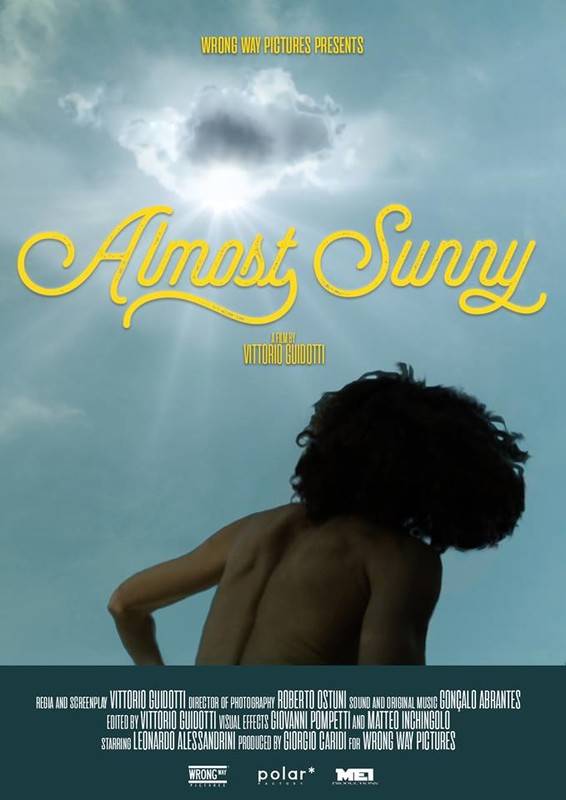 Leo only wants to lay in the sun on his building roof, when one of the most stubborn cloud decides to stop right above his head. 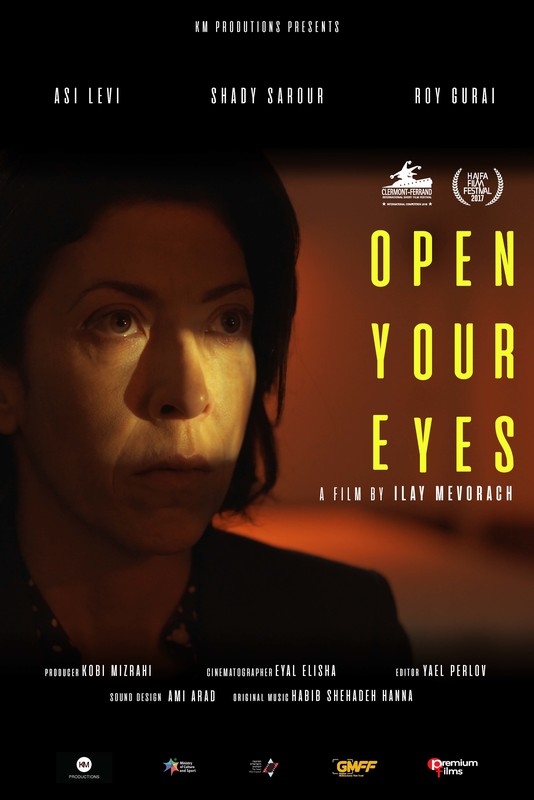 Ilana arrives for her monthly treatment at the eye clinic in Jerusalem. Her doctor is absent and is replaced by Dr Khoury. Ilana precepts herself as a liberal woman but there is no chance that an Arab doctor will give her a shot in the eye. Yohai, who understands that his mother is losing her eyesight, won't let her leave. 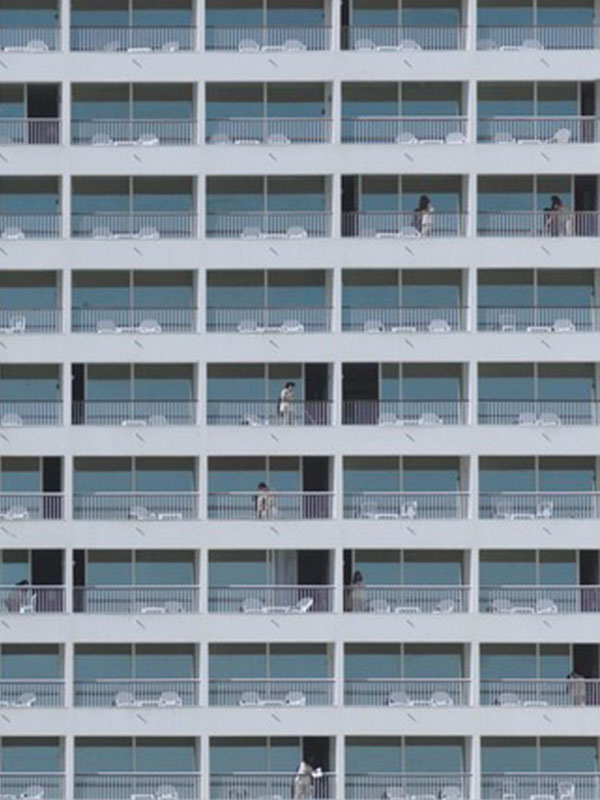 Leah works as a maid in the hotel during the day, while Meital, her daughter, sings at the hotel's lobby at night. They live trapped in their relationship, surrounded by the Dead Sea.